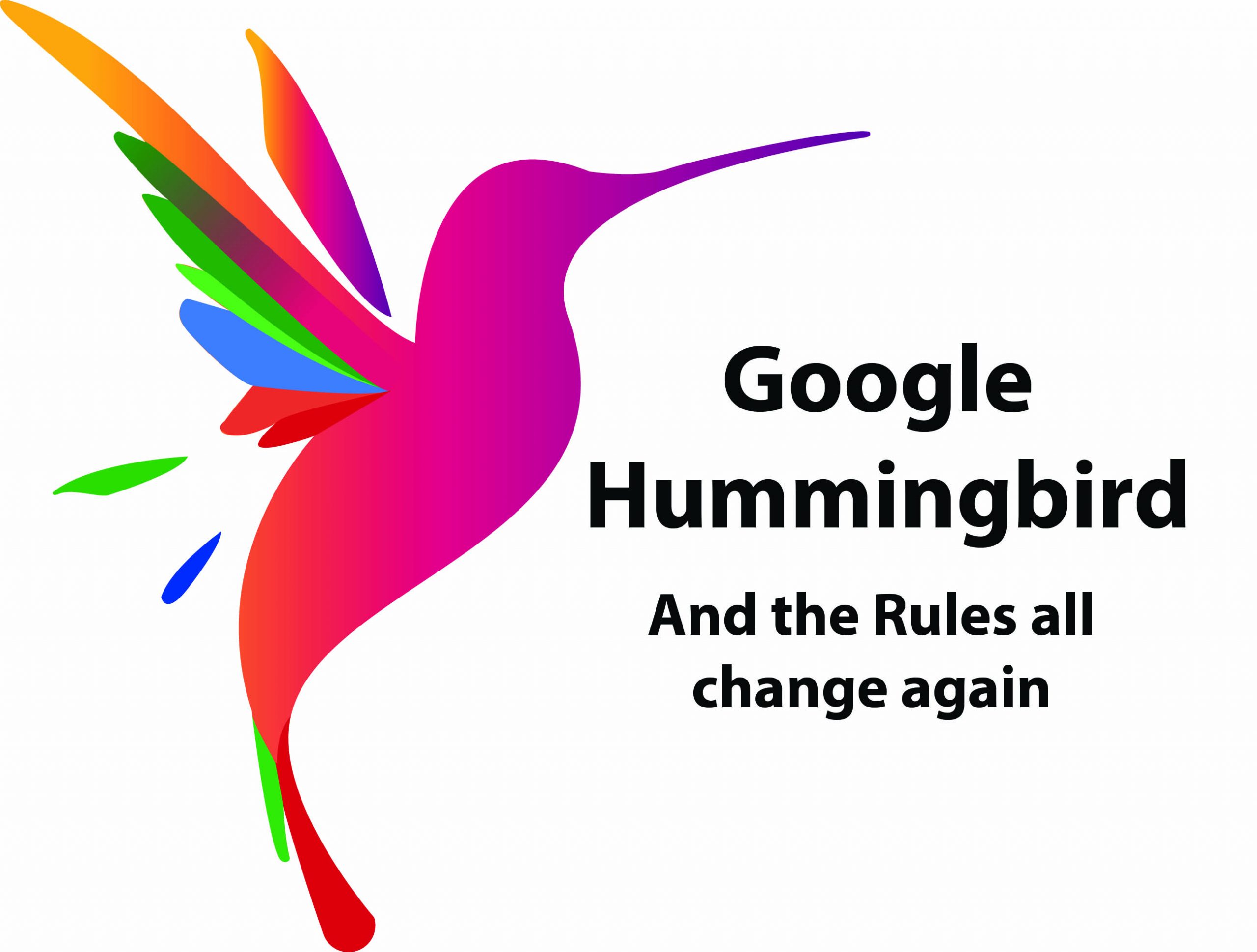 We all know that the Internet and Search Engine Optimization (SEO) is a moving target. We were just starting to get a handle on their Panda and Penguin algorithms when whamo – they change. And these search engine changes often mean a difference to how we design and enter information on our websites. But knowing what the changes are can take the mystery out of what to do.

Hummingbird does not replace the Panda and Penguin algorithms, it’s added to it. They each address specific aspects of a searchers requests, and are designed to help eliminate various problems. For instance, When Google rolled out Panda in February of 2011, it was aimed at lowering the rankings of low quality sites, sometimes called thin sites. and favor high quality sites. Reports from CNET showed an increase in the rankings of news sites and social marketing websites and a drop in rankings when sites contained a lot of spam such as advertizing sites. Google Panda also affects an entire site’s ranking or a large section rather than just an individual or specific page.

Google updated Panda in March of 2012 and announced a new over-optimization penalty. This is basically SEO gone a muck by amateur specialists and what I’ve been calling “the Google Doghouse”.

Then in April 2012 they also announced the Penguin algorithm designed to reduce search engine rankings of sites that violate Google’s Webmaster Guidelines through the use of black-hat SEO techniques aimed at artificially optimizing the placement of sites by the number of inbound links point at the page. These techniques are known as link schemes.

In September (2013), Google announced it’s latest change called Hummingbird. Google themselves called it the biggest single change to the algorithm since 2001. It’s primary goal was to incorporate changes in teh way people search. Since the early days of search, users got used to boiling down their queries to a few simple keywords. New and younger users using mostly mobile devices and voice queries tend to use more of a natural language search, usually because they weren’t even around in the days of keyword searching. As these more natural queries become the norm, Hummingbird gives understanding to the intent of the search more than the syntax. Long tail searches, (searches with three or more words) can now be better understood by the engine and return better results.

So is the keyword search dead? No. But with recent advances in search algorithms, it becomes apparent that Google’s message for SEO’s is to move away from a strictly keyword only approach.

Another feature of Hummingbird, is the idea of searches in a series. Previously, each time a user entered a new search it was considered as unrelated to previous searches. Now, searches can be thought of as a series with each new query drilling deeper into the meaning. The user’s initial search is viewed as simply browsing offering cursory information and broad results. A follow up search on the same topic yields better in-depth information. If the user continues the series, each additional query returns more detailed and specific information based on search order and length. This process mimics the human research process first looking for broad concepts then drilling down to find specific details and information.

Hummingbird also incorporates Social Signals more than ever before. Is already known that increasing your activity on Twitter can improve your search ranking. Similarly Google+ has a similar increase in ranking as well. participating in Facebook, Google+ and Twitter can have positive affect and if you’re a business get active with Linked In.

So what is the end result of all this? Google’s goal along with Bing and other search engines is to get the best possible answers to a user’s search. Spammers and black hat SEO seek to undermine genuine content and alter results artificially usually to the financial benefit of the spammer. The bottom line is, the more you keep your site as an information rich, natural language resource without any special tricks up your sleeve, the better your page ranking will become.